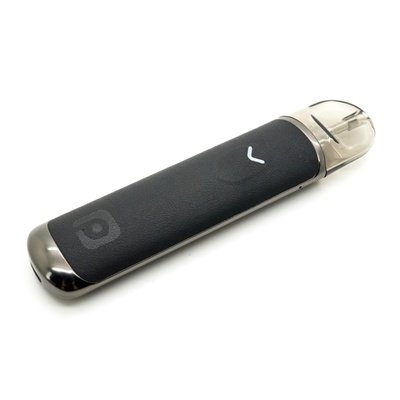 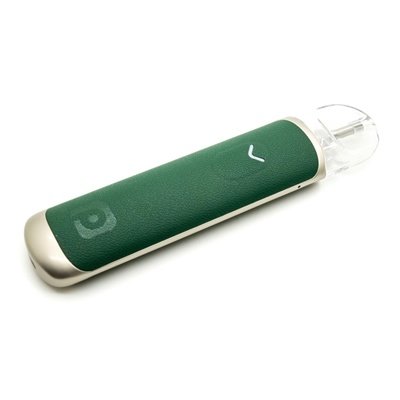 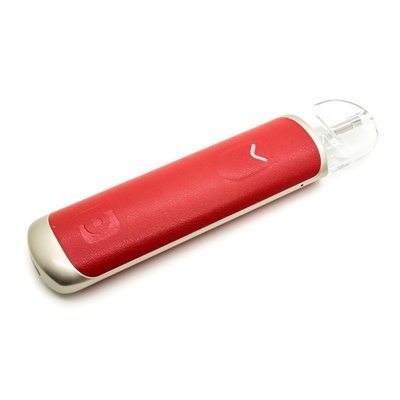 An excellent example of innovative integration of modern technology into the world of vaping, Pavinno's Wing pod system vape is a vision of the future of pod systems, a blend of compact form factor, flavor focused ceramic heating elements, and a Bluetooth based control interface. Measuring in at a compact 99.2mm*27.9mm*13.3mm without a pod installed and powered by an internal 720mAh LiPo battery, the Pavinno Wing pod system pulls off an elegant aesthetic thanks to the rounded frame and minimal branding. Comfortable in the hand as well as the pocket, the Pavinno Wing pod system features a soft faux leather inlay that helps provide extra purchase on the exterior, with a chevron shaped LED battery status indicator allowing the user to easily tell when the Pavinno Wing needs to be recharged. The main distinguishing feature of the Pavinno Wing is Pavinno's implementation of a mobile app that allows the user to connect to the pod system via Bluetooth, providing an intuitive control control interface that is inherently superior to the small screens found on pod systems.

The Pavinno app also allows the user to observe data such as the pod's resistance, a puff counter, and interact with other Pavinno users. Pavinno Wing pods feature a 2.5mL eliquid capacity and a 1.2Ω ceramic heating element, making the Pavinno Wing perfect for use with nicotine salt eliquids and CBD eliquids alike. A glimpse of the future of pod systems, the Pavinno Wing manages to provide a plethora of features despite the compact form factor and sleek external appearance due to the mobile companion app, all the while producing amazingly flavorful vapor thanks to the proprietary ceramic replacement pods.

0 stars based on 0 reviews Add your review 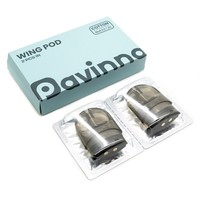 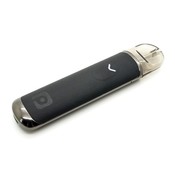